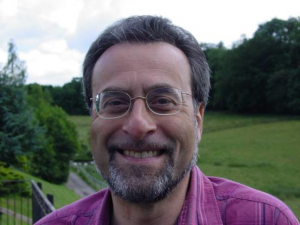 David Balen, has led an eclectic life.  Starting out as a musician after a year on the road in India in the late 60s, he later became a Yoga and Meditation Teacher, moving into becoming a Healer in the 1970s and going on to teach the subject alongside other personal development topics and leading meditation retreats.

He went into the family business in 1971 and is now widely known as a specialist insurance consultant and independent financial adviser, holding the position of Chairman at Balens, one of the largest independent insurance Brokerages for Natural Health and Well-Being Professionals in the UK and Europe.

He regularly writes articles for professional journals and has facilitated various workshops and College of Healing sessions over the years. Currently David lectures on a variety of subjects relating to professionalism, personal and practice management. These are delivered with clarity, humour and in a forthright way.

He has been involved in health and wellbeing since 1971 and is a member of an old established distant healing group.

He has connections with many different health professional organisations and is involved at national level in the Healing Movement. He is on the policy making board as treasurer for UK Healers, a Trustee of the CHO, as well as Chair of the COH Trustees and a former trustee of the British Holistic Medical Association

Despite a busy life that includes not for profit work and gardening  he still finds time to play music concerts and compose.